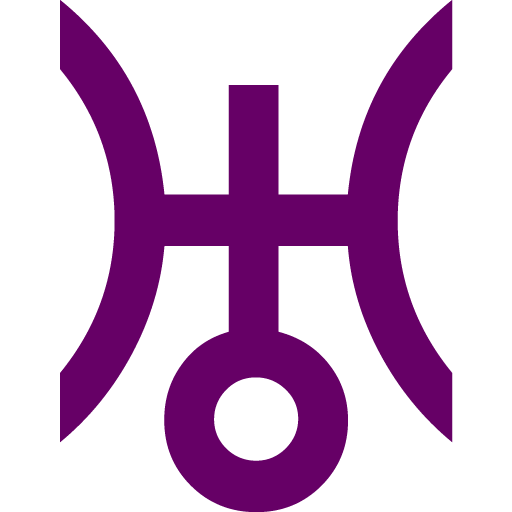 The planet Uranus is often associated with rebellions and revolutions, earthquakes and volcanoes -- anything that erupts with sudden, unpredictable force and changes life as we know it.

But Uranus's effects aren't all disruptive; just most of them! This planet also rules original thought, unique inventions and improvements on tradition.

Without its influence in our lives, we might never know the development of science, for example, or humanitarianism. Whether it happens in a constructive or a destructive way, Uranus promotes progress.

On a more personal basis, Uranus influences our senses of freedom and restriction. Depending on its placement in your chart, this planet can make you feel quite rebellious in the face of the various limitations of your life -- your duties regarding work or family; the expectations that your parents and other people place on you; or even just the humdrum predictability of your day-to-day existence.

With its unstable and unpredictable energy, Uranus moves to upset the balance of your daily life; to shake up your routine, to fly in the face of others' expectations and so on.

Uranus is the planet that encourages you to break out of your mold, to spread your wings and fly. It challenges the validity of the status quo and puts it to the test through dramatic, often upsetting occurrences. And like change itself, the influence of Uranus is essential, even if it can be traumatic in the moment!

Uranus rules the freedom-seeking sign of Aquarius. Read about Aquarius to learn more about this sign and how Uranus influences it.